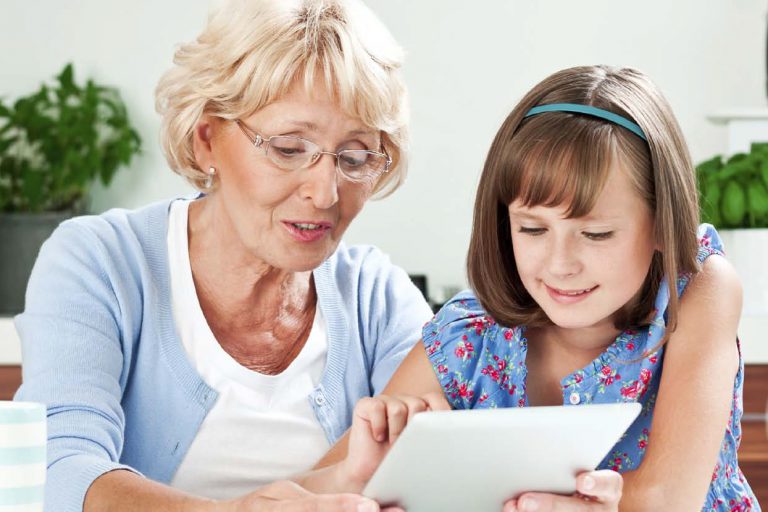 It’s no secret that grandparents play a vital role in their grandkids’ lives – highly regarded anthropologist Margaret Mead proposed that connections between the generations are “essential for the mental health and stability of a nation.”

In today’s busy families – be they dual-income or single-parent – a grandparent’s presence is more important than ever. An involved grandparent has a lot to offer a child’s development, while also enriching their own lives, by building a unique cross-generational bond that leaves a lasting legacy.

To make this happen, it’s important to seize the opportunity to build those connections and the memories that go with them – whether it’s once a year or every day.

From playmate to mentor

According to a study by Dr Lesley Read, who completed a PhD at Massey University on the subject, there are three distinct grandparent ‘models’ – those with full-time parental responsibilities, those who provide regular supplementary care (eg when parents are at work or away) and those who fill a role that’s voluntary, varied and usually outside parent-type responsibilities.1

Each model of interaction presents its own benefits, allowing grandchildren to gain an appreciation for their grandparents’ involvement in various capacities, such as historian, tutor, mentor, role model, nurturer, playmate or other. By taking on these roles, grandparents can make a lasting impact on the younger generation.

According to Grandparents Raising Grandchildren, an New Zealand-based charitable trust, more than 5,000 grandparents have full-time parental responsibilities because of a family breakdown. While this presents its own challenges, those who take on the responsibility say it brings many rewards, including giving grandkids a sense of security, developing a deeper relationship and keeping the family together.

With increasing numbers of children living in families where both parents work, there are a growing number of grandparents who provide regular supplementary care, which often requires a sterner approach. However, these consistent visits also allow the older generation to develop close relationships with their grandchildren and help form their values, identities and dreams.

Other grandparents – particularly those living far away – tend to focus on creating memories by taking part in fun activities together, and may be less inclined to spend much time parenting or disciplining their grandchildren. While visiting grandchildren overseas can be financially difficult for some, Dr Read says that creating that bond holds significant value for everyone involved.

“The love of a grandparent is often freer, more unconditional, and far less psychologically complex than a parent’s love because they usually have less parental requirements,” says Susan V Bosak, author of How to Build the Grandma Connection. This leads to a different type of relationship and is thought to have a significantly positive effect on the child’s life.

A survey conducted by Oxford University and the Institute of Education in London found that children are generally happier if grandparents are involved in their upbringing. 2

It states that grandparents often have more time than working parents to provide support, advice and problem-solving for children, especially those who are serving in any type of caregiving capacity, whether it be full-time provider or part-time childcare. These close relationships helped buffer the effects of life’s challenges, such as parental separation, because they provided stability.

“Children with a warm, loving relationship with their grandparents are more likely to be resilient and have higher self-esteem,” says Dr Julie Green, executive director of the Raising Children Network in Australia.

But it’s not all about benefits for the kids – grandparents in New Zealand have said that having their grandchildren as part of their lives has enriched it, given them a sense of purpose and increased their desire to live as long as they can.3

They also report an increased sense of wellbeing, feelings of being part of a family and broader society and an improved social life through their connections with their grandchildren,4 as well as much less depression and higher degrees of life satisfaction.

Through the relationship with their grandchildren, grandparents have an opportunity to leave a powerful legacy by making a difference in their lives through love and support.

However, retirees are often so focused on leaving a financial legacy for their families that they do so at the expense of investing in relationships that guide and form the next generations. The question then becomes – which is more rewarding, memorable, valuable and enduring?

2 The survey was led by principal investigator Professor Ann Buchanan, director of the Centre for Research into Parenting and Children in the Department of Social Policy and Social Work at Oxford University, and co-investigator Dr. Eirini Flouri of the Institute of Education.