Fastest mouth in the south

Logan, based out of Lake Mahinerangi near Dunedin, has been working as an auctioneer for the past three years since joining Rural Livestock as a stock agent in 2013.

The 26-year-old, well-known for his comedic one-liners, was stoked to win the competition.

“I’ve been there two years previously, so it was good to finally win it. As part of the competition, we had to run a couple of mock auctions in the afternoon and I said that my animal was big, black and beautiful– a bit like myself!”

He said he picked up his patter from working alongside older auctioneers throughout the Otago region.

“I started auctioning at the Balclutha sales and I’ve gone from there. I’m pretty much selling there once a week now. You have to engage with the crowd and I like to have a joke here and there.

“On the serious side of things, there’s a lot of money on the line for your clients, so you need to make sure you’re doing your best to get them maximum value. That involves having good knowledge of the stock you’re selling.”

In addition to the mock auctions, Logan and the seven other competitors were interviewed to test their knowledge of the industry and its laws. Logan says he gained a good working knowledge of the agricultural industry while growing up.

“I worked on farms and in shearing, and I also ran my own crutching gang for a while. It has helped me as a stock agent and an auctioneer, because it taught me how to interact with farmers and gave me a good understanding of livestock.”

As part of his prize package, Logan won a trip to the Sydney Royal Easter Show in May, where he’ll take part in a charity auction. 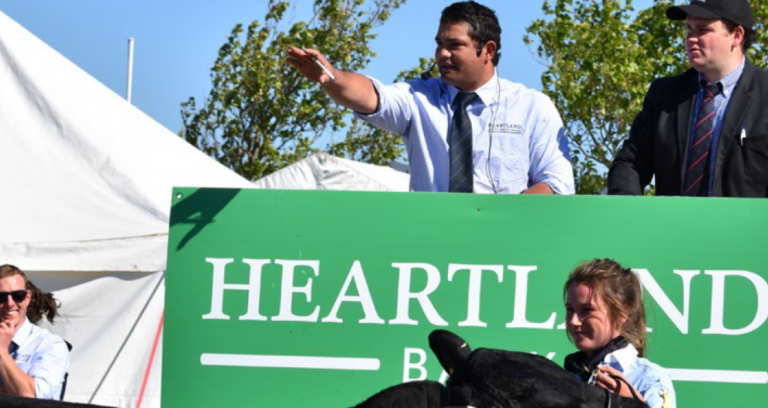