The importance of women in work is no longer disputed, but some perceptions about structure and gender haven’t quite caught up. International Women’s Day (8 March 2020) gives us the opportunity to reflect on what Heartland is doing in this space. It also gives us the chance to recognise the successes, contributions and challenges faced by some of the women at Heartland.

Currently, in New Zealand 48% of women make up the paid workforce but the gender pay-gap has plateaued at 9.2%, the proportion of women in leadership roles is only 18% and a recent study shows that women still do 75% of unpaid work.

One of Heartland’s internal strategic focuses is to make diversity and gender equity a priority. This has resulted in our Strategic Management Group being 55% women. We sat down with several of these women to learn more about their journeys and what they’ve learnt along the way.

Historically, some workplaces have made it challenging for employees to be heard. Keira Billot, Chief People & Culture Officer recognises the confidence needed to speak up and be heard. “Early in my career, it took me time to find my voice and be brave enough to say ‘I’m not sure that’s the right thing to do or say and this is why.’ Sometimes behaviours or beliefs are so ingrained for people that they don’t even realise the impact it could be having or the message its sending.” By being aware and questioning their thought processes, people have the chance to reinterpret belief systems and be open to hearing all voices around them.

Making your voice heard can be especially challenging when you’re the only woman at the table, a situation Cherise Barrie, Chief Financial Officer, is no stranger to. Spending most of her working life in the accounting and finance sectors, there have been plenty of times when she has been the sole female. With few females around or above her, the gendered stereotypes of males as leaders has been pervasive, which she has sought to question.

Cherise has taken this in her stride, and early on decided that she will not try to adapt to a typical ‘male leadership’ persona, but become a leader in her own right. This has helped change her perception of what leadership should look like.

Gender based beliefs are something that are commonly ingrained into people from an early age. This can lead to them being self-imposed rather than a reality. Chief Digital Officer, Lydia Zulkifli noted, “Starting out in my career the barriers I have encountered working in a male dominated sector have been predominately self-created or self-imposed. I allowed the fear of working in a male dominated sector dictate my behaviours and how I believed I should act.” Recognising our own beliefs and how these worldviews have formed can help us break down whether they are real or imposed. It can also help us take steps in overcoming them.

One challenge that a lot of people face is finding the balance between family and work. Often this challenge is more pronounced for women. Even if it’s a clear personal preference, others around you will have beliefs about how time should be split. Sarah Smith, Chief Technology Officer prides herself on being both a dedicated mother and worker. She has challenged comments such as “mothers should stay at home with their young children.’” Sarah is trying to forge a gender equal world through creating a space at Heartland where women feel confident in the space of IT and where they can feel comfortable in their choices around motherhood.

Looking forward, we see the opportunities to bring about changes for the next generation of women. Rochelle Moloney, Chief Culture & Communications Officer knows she has been lucky to be supported and mentored throughout her career. She sees her next step as an opportunity to, in turn, do the same for women early on in their career. One way Heartland is working to have impact in this space is Kia Eke, a mentoring programme for women. Kia Eke is designed to support women in building confidence and providing inspiration. It has provided a number of internal and external events as well as a forum to share experiences, seek inspiration and encourage colleagues.

Here at Heartland, we understand that without diversity of thought and voice, the company would not be able to represent our diverse population. Heartland is working to have gender diversity across all facets of the business. Laura Byrne, Group Chief of Staff, shares this sentiment. “I hope that one day we’re not thought of as women in business, we are just people in business.” Laura has been with Heartland for seven years and has been able to watch Heartland’s rapidly evolving approach to gender and diversity. She has been able to evolve with the journey, being offered multiple opportunities to encourage gender equity within Heartland.

While Heartland recognises the positive impacts of having a gender diverse Strategic Management Group, it is now turning its focus to broader Senior Management and beyond. Heartland intends to continue paving the way to gender equality. After all, an equal world is an enabled world. 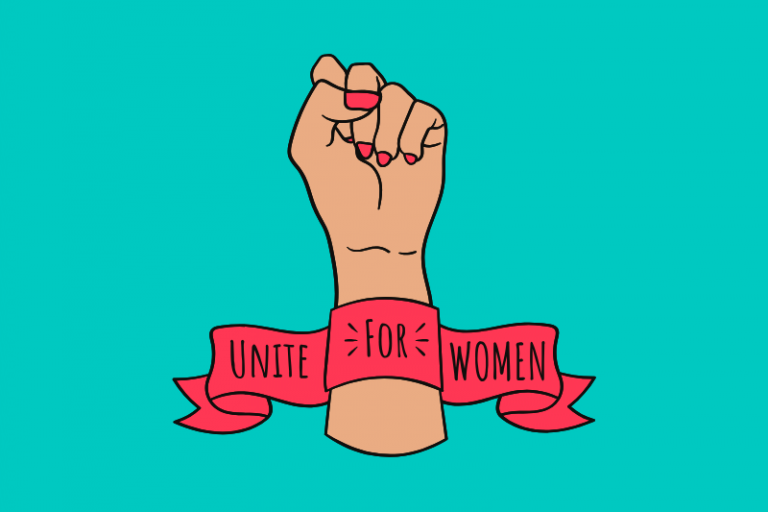