After working for a large construction company for 11 years, Ray decided to go out on his own.

“Within the first nine months, I’d signed on with Heartland Bank, or you could say they signed up with me. I had an ambitious business plan that required significant financial support to get started. Heartland Bank Relationship Manager, David Cutler, put in the effort to understand my goals and needs.”

Ray says that, because he didn’t tick all the traditional boxes, he believes many banks wouldn’t have been as flexible as Heartland in the early stages of his business.

“Once we established our business plan and David understood what we were doing, Heartland offered us a revolving credit to build our cashflow so we could move forward quite quickly,” says Ray. “This enabled us to buy bigger machinery, which helped us pick up bigger contracts and hire staff. It made all the difference and the business grew quite quickly from then on.”

Ray’s wife Tanya, who previously managed sales and marketing for a Fijian resort, joined the business soon after to manage sales, marketing, HR and admin – crucial skillsets as Concrete Logistics continued its expansion.

With 50 employees, and some of Auckland’s bigger projects on the books, Ray says the tables have turned when it comes to looking for financial backing.

“Now that we’re more established, a few bigger banks have tried to win our business, but no luck so far. Heartland’s flexibility gave us the opportunity to move into bigger purchases. They’ve always looked after us, so why would we leave now?

“We also have a good relationship with David – he works hard for us and makes a real effort to understand our business.”

Ray says it is tricky to get the right balance when it comes to purchasing equipment, and David understands that.

“We want to be at the top of the market and we need the right equipment and the right finance to keep moving forward. However, we need to be careful not to overcapitalise in such a strong market. It’s great to have David on our team, making sure we’re being realistic.” 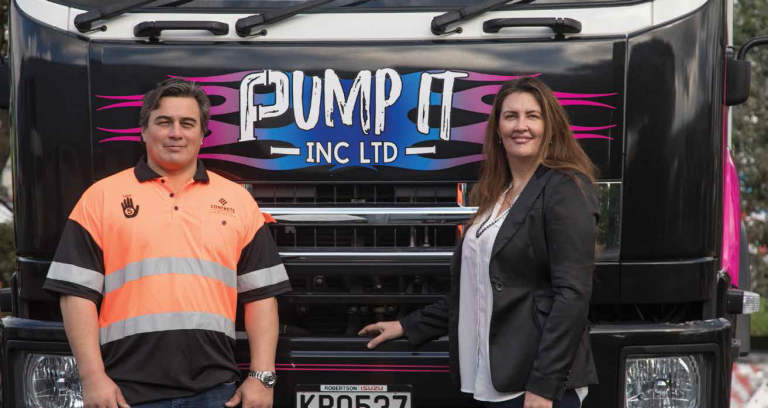